5 Reasons Why Did He Kiss Me but We Are Just Friends?

Couldn’t help yourself to think why did he kiss you but you and him are just friends?

Is he secretly attracted to you but is shy about it? Or was it just an act of kindness? So many quick thoughts are slipping into your brain and leaving you in total confusion.

It’s normal to feel that way because kissing someone who isn’t a romantic partner can throw you off. It’s hard to know what his intentions were when doing this.

Whatever the reason is, I will shed some light on the situation in this article for your reference.

Below are 5 possible reasons why your friend kissed you and what you should do about it.

Your friend wants to be with you, but he does not have the courage or confidence to tell you yet, for some reason.

He is shy, scared, or unprepared for a relationship.

At some point, he will realize it’s not right to keep things on the side and think of revealing his feelings. But he could also worry that he will lose the friendship if he expresses it to you.

He will first ensure that he read your signals correctly and you feel the same way about him before moving forward.

This situation is a little more complicated because you don’t know what his actual thought is.

However, the most important thing is not to let him get away with kissing you and telling him where you stand.

If he really likes you, he will respect whatever you feel about him.

2. He wants to test your reaction.

He may not be sure if you feel the same way about him, so he kissed you to find out.

It’s like when a man wants a relationship with you, but he is trying simply to test the water at first, gathering information before jumping in, or giving investment too soon.

Usually, this is a common scenario when your friend is interested in you but does not want to risk getting rejected.

By kissing you and seeing your reaction, he can decide whether he should pursue the relationship further or move on.

But this could be an uncomfortable situation because you can’t be sure if he has genuine feelings for you or not.

As mentioned above, it’s important to be clear about what your stand is in this situation so there is no misunderstanding.

For instance, if you’d like to stay friends, you will need to state clearly before he comes in for the kiss.

You don’t want to lead him on if you’re not interested in him, as it would generate tension between the both of you in the future.

When a man is lonely, he may kiss his friend for emotional intimacy and support.

Here, a man feels emotionally connected and attracted to his female friend but does not feel ready yet for a long-term commitment.

If you are the woman in this situation, you may have to consider whether you can handle being more open with such feelings so that you are not left wondering why he kissed you.

It may also be good to express how you feel about the whole thing.

But, here’s the catch.

This can be an awkward situation if this man is dating someone else but kissing you because of loneliness.

It’d better be wise to tell him to hold off on making any advances unless he is in the clear.

This will help him make a better decision and will likely take the pressure off him.

If he is truly interested in you, he will likely turn things around pretty quickly and ask you out on a date.

But, if nothing is going on, then the best thing to do is keep the friendship as it was. This can save a lot of confusion and hurt feelings in the long run.

Sometimes a man will kiss you to make you feel special and wanted. This means he wants to feel close to you and make you feel like he is interested in spending time with you.

This is an innocent gesture that not everyone can see as a romantic one, but it is a way of showing affection and interest in someone else’s company.

He will most likely see you as a friend with whom he likes spending time; sometimes, kissing a friend can be more of a friendship than anything else.

It’s not always about romance, sometimes it is just used to show that you are thinking about someone or that their affection simply moves you.

If your gut feels that your best friend is not interested in you or he is dating another woman, then you’d better focus on the friendship because it means so much to both of you.

The bottom line is that men often kiss their female friends just because they like it and have no romantic interest in them.

5. He is comfortable with you.

Sometimes, kissing between friends is just a way of showing affection and nothing more.

A man may feel very secure with you and feel like he can freely express his love to you without worrying about anything else.

He may also have warm, happy feelings for you that he wants to express affectionately, such as through a physical gesture of love.

This is an innocent occurrence and a sweet thing to do if you are friends.

If it feels right and fits, then go with it.

Just make sure you know where he stands in the situation and that there is no confusion between you two.

If you’re not interested to start a relationship, don’t worry about him taking it seriously or having any romantic expectations in this situation.

I hope that this article has cleared things up for you. I am not here to judge, but I want you to be aware and know how to react in the best way possible.

The best thing to do is to understand where he is coming from before jumping to conclusions or making assumptions that could lead to hurt feelings. 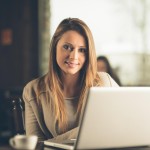