10 YouTube Motivational Speakers You’ll Want To Keep For Yourself

We all want to live a happy and fulfilled life. There are lots of ways to do that. It can either be through working hard enough to earn a decent ... Read more

We all want to live a happy and fulfilled life.

There are lots of ways to do that. It can either be through working hard enough to earn a decent income and live the life of our dreams or perhaps pursue our passion in life. Or maybe do something that we really want alongside our loved ones.

For sure, we can all do that. But what if we’re not inspired enough to start acting on it? What do we do?

And the good thing is, their words of wisdom can now be easily accessed through YouTube. That’s just what this article is about. Not only will these boost your confidence, but they will also set you on the right track towards fulfilling your goals and ambitions in life.

Here, we’ll be showing you some of the best and most inspirational &motivational speakers on YouTube.

Nick Vujicic is one of the most renowned motivational speakers, not only on YouTube but throughout the whole world.

He’s best known for being the man who has no limbs. He’s got no arms nor legs. But despite that, he still showed to the world that even a man as disabled as him isn’t literally disabled because he can still achieve things that an ordinary man can accomplish.

He was born in Melbourne, Australia, and works as a Christian evangelist who has started various non-government organizations, such as Life Without Limbs, as well as Attitude is Altitude.

The reason why he lacks any limbs was due to a very rare medical condition called autosomal recessive tetra amelia. Nonetheless, he still managed to do things that any ordinary man can do.

And it’s because of this that he inspires and motivates people to overcome any challenge and to not be easily disappointed because if a man like him, who has no limbs, can accomplish things in life, then why not a normal man?

Nick has also authored numerous books, such as “Life Without Limbs” and the best-selling “The Power of Unstoppable Faith.” He has also appeared in numerous TV programs and shows, such as “Oprah’s Lifeclass,” “60 Minutes,” and “TEDx.”

Les Brown is another popular motivational speaker whose inspiring words can be heard and seen on YouTube. He’s a perfect example of how a man who’s denied all the odds in life can still bounce back and achieve success.

Brown was considered mentally retarded during his younger years, which resulted in him being fervently bullied in school. It even took him a full seven years just to graduate from high school.

To make things worse, he couldn’t find any job after graduating, which is why he worked as a janitor for a local radio station. One day, he was tasked to be a substitute announcer for a drunk DJ, and that was where things started.

His public speaking career soared from then on. And now, he’s one of the richest and sought-after motivational speakers in the world. Not to mention that he’s already a self-made multi-millionaire.

Les Brown surely is a perfect example of a rags to riches story that’ll surely inspire people to just not give up despite the odds.

Eckhart Tolle is another motivational speaker worth noting. He started his career way back in 1977, which he now calls the year when he started to change his inner self. His first book entitled, “The Power of Now” was then published in 1997.

It was so successful that it even managed to be featured in an episode of the “Oprah Winfrey Show” in 2000. His second book entitled, “Stillness Speaks” then came out in 2003. This was again a huge success, as it made it to the 10 best-selling paperback books.

He has also had numerous webinars since then, attracting more than 13 million viewers due to hits eloquence and effectiveness in helping people overcome their mental challenges in life.

Meanwhile, his YouTube channel talks about various proven tips and strategies to transform one’s self for the better and seriously deal with their inner transformation.

Then there’s Brendon Burchard, another highly sought-after motivational speaker, who has made the rounds across global media due to his inspiring life story and groundbreaking success in providing proven tips to achieving success in life.

His most notable success is being a #1 New York Times best-selling author. He is also considered as one of the world’s leading high-performance life coaches.

The title of his latest book is “High Performance Habits” and aims to inspire everyone to go beyond their limits because, in the first place, there’s no such thing as limit.

His successes keep continuing, such as being named as a Wall Street Journal best-seller and one of his books being labeled by Amazon as one of the best leadership and business books in 2017.

Because of this, many people believe in his words as he continuous to inspire people from all walks of life.

His YouTube channel has been around for around 7 years now, and up until now, it still continues to give inspiring lessons to overcome fear, dreaming big, and persevering in life despite the many challenges that come.

Brendon is now considered as one of the leading online gurus in the world.

Gary Vaynerchuk is another noteworthy personality to turn to if ever we need some help finding some bright inspiration in life. He is a widely successful entrepreneur and is the CEO of Vaynermedia, one good example of his attained success in life.

What makes him different from the other speakers, though, is that he already had a headstart as his family’s wine business was already existing.

Nonetheless, he still worked very hard as what was only initially valued at $3 million, became a blossoming $60 million wine business after handling its operations in just a few years.

Gary is a good example of how a person should make efficient use of whatever resource he has so that he or she can make the most out of it.

Aside from being a multi-millionaire tycoon, this American-Belarusian businessman is also a best-selling author of the New York Times, an internet personality, and a no-nonsense motivational speaker.

If you’re looking for someone who’ll light up your dark life and inspire you, then there is no doubt that Eric Thomas is the man you need.

Eric was born in the bustling city of Detroit, with all the overly-urban environment laden with all the pressures of modern living.

His life-changing moment came after he had been in a heated argument with his parents, which eventually led him to leave his home and drop out of high school. He then lived on the streets for two years. That was when he realized that he needed to do something with his life.

He then met a preacher who inspired him to take a different path in life. This eventually led him to meet his future wife.

It was during this time when he knew that he needed to make the most out of his situation to have a better life with the right people.

With the effective use of his inspiration and undying determination to break free from his currently depressing situation, he managed to reach the pillars of success.

And now, he’s one of the most sought-after motivational speakers on YouTube. One of the most popular videos on his channel is “The Hip Hop Preacher.”

Having a sibling is laden with its own set of pros and cons. However, it’s a bit different with the Mulligan Brothers as their pros vastly outweigh the disadvantages they get.

They are a good example of how anyone can be better off in life as long as you have the right people beside you. The Mulligan Brothers create videos about maintaining a fit and healthy life, improving one’s wellbeing, as well as overcoming seemingly impossible barriers.

If you want to change your life for the better and you want to feel enlightened as to why you need to work double-time on how to lead a healthier and happier life, then their channel is what you need to subscribe to.

Brian Tracy is another motivational speaker you need to know because he’s got a lot of words of wisdom that he willingly shares to everyone who’s determined to make their lives generally better.

Brian Tracy is a successful American-Canadian motivational speaker and author of self-development books. He has authored more than 70 books that have been translated into different languages.

Some of his most notable books are “Eat that Frog,” “Earn What You’re Really Worth,” as well as “The Psychology of Achievement.”

He also has more than 480 interesting, effective, and high-quality videos on YouTube. If you want to improve your living standards, have more money, be happier in life, and overcome all those challenges, then hear his words, and you’ll be off to a great start.

Tony Robbins should also be on your list. He is one of the best and most reputable motivational speakers, especially in the field of business and life coaching.

His discussions are usually about how you can maximize your profits in business and how you can outcompete competitors despite the seemingly impossible odds. All you need to have is the willingness and determination to overcome challenges.

As long as you have that, then you’re good to go. If you’re into that kind of thing, then you surely should not miss his YouTube channel. We assure you, it’s going to be life-changing.

And last but not least is Roberto Blake. An author, entrepreneur, and revered motivational speaker, his words are surely what you need to hear to get yourself working to change your life for the better.

His channel is about inspiring people from all walks of life to be creative and to use that creativity to pursue a career or start a business that they’re fully into.

He is all about ditching the 9-to-5 life and going beyond what the norms of society have on you. When you do that, then you’re off to make the most out of your life no matter what challenges come before you.

If you’re looking to be a successful freelancer, then his channel would also be a treasure trove, as it contains various effective and proven tips to have a successful career out of the traditional corporate working environment.

With all this being said, one can clearly see that all you need is to have that right driving force for you to achieve a happier and more blissful life.

With the help of the motivational speakers mentioned in this article, there is no doubt that you’ll have an easier time working on yourself and starting to make that positive change for the betterment of your life, career, and self as a whole.

Don’t stress but also don’t take their words with a grain of salt, as everything they have to say has been proven effective, either by their own life experiences or by the millions of people who have listened, understood, and followed their words. 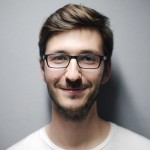